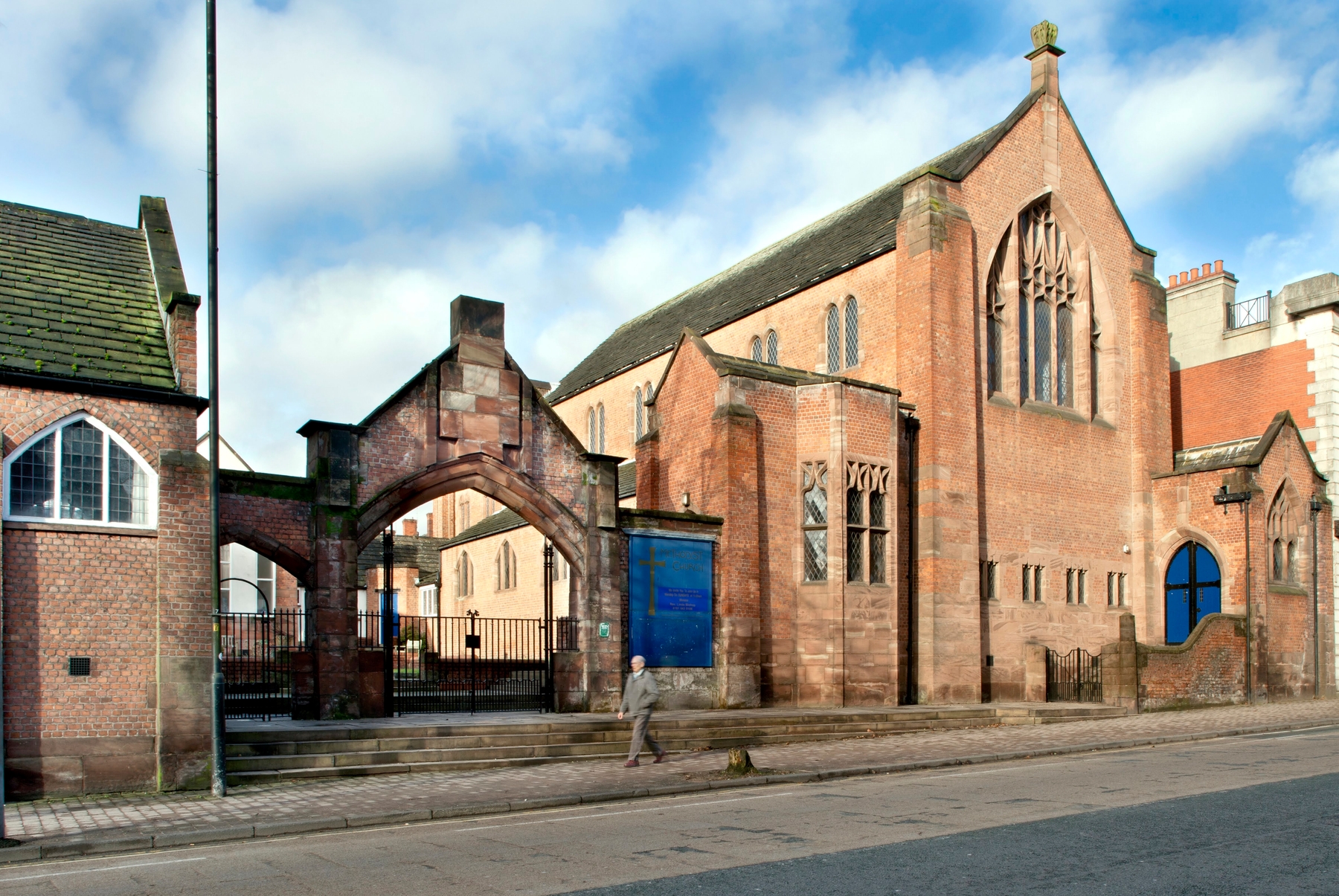 Long Street Methodist Church and Schools have been the home of the Edgar Wood Society since 2011. It is a privilege to occupy such a wonderful complex of Arts & Crafts buildings. We support the owners, Greater Manchester Building Preservation Trust, in the conservation of the buildings and help out wherever we can. The buildings have been officially ‘at risk’ for many years but the situation is improving. The schools part has now been taken off the ‘at risk’ register.

Throughout the 1890s, Edgar Wood had been designing buildings using rustic forms and materials of country buildings – he was a leading exponent of the so-called ‘Vernacular Revival’. Most designs were for houses, small chapels and commercial buildings, buildings which were not much different in size from real vernacular buildings. The Long Street Methodist Church and Schools involved scaling up to something much bigger. Achieving this using a vernacular architectural vocabulary was something of a challenge. Fortunately, the fundraising was slow and Edgar Wood had time to revise the details several times over between 1894 and 1903. Slowly, he refined the design into a masterpiece.

From the beginning, the Infant and junior schools were more strongly vernacular in character than the church. He used the vernacular forms in such a way that they had an expressive art nouveau character. The church, on the other hand, was larger and more restrained except for a proposed colourful Arts and Crafts interior which anticipated subsequent Arts & Crafts churches.

These original designs made way for elaborate art nouveau flourishes around 1897, a time when Charles Rennie Mackintosh was using similar styling at Queens Cross Church, Glasgow. The two architects almost certainly liaised as the detailing of both is almost identical.  Edgar Wood’s church, however, went through a subsequent stripping back of ornament so that it emerged as a plainer more austere design which looked forward to the brick churches of the mid-twentieth century. Work began in 1899 though further delays in fundraising meant that the complex was only finished in 1903. 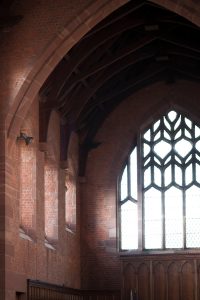 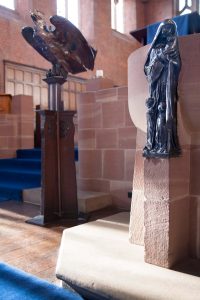 The church is an expression of complete Arts & Crafts design. Ornament is restrained and placed carefully at particular points. 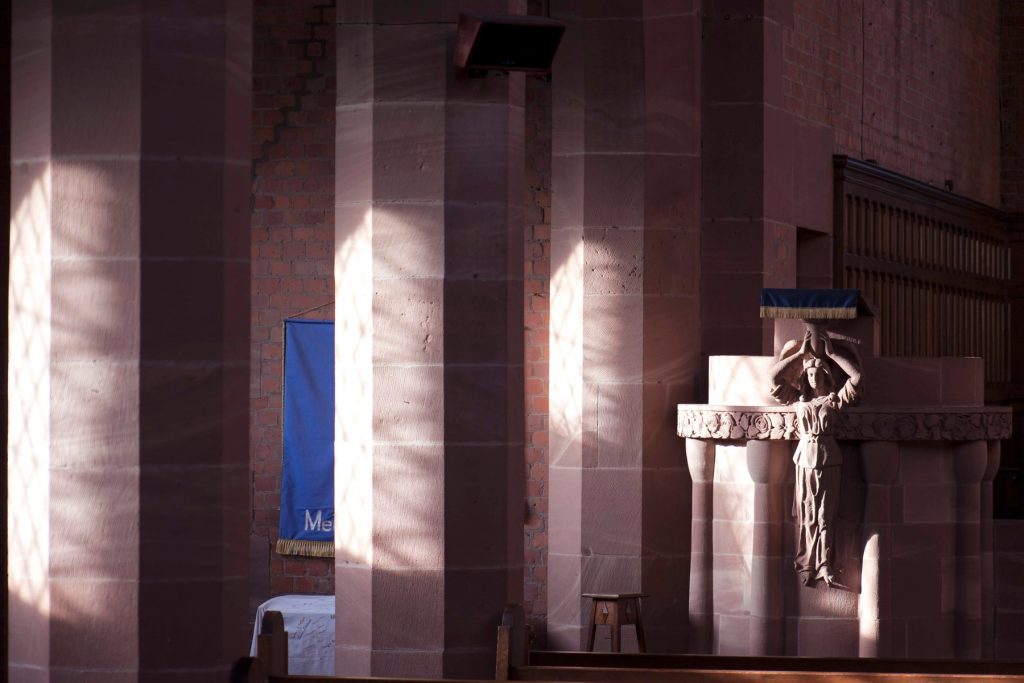 The interior has a sense of space beyond its actual size while the original idea for a colourful painted interior was replaced with the opposite, plain masonry and open timber roofs with subtle variations of colour and texture. This blending of simple strong forms and subtle surfaces became a hallmark of Edgar Wood’s mature approach and the design went on to have a significant impact upon church architecture.