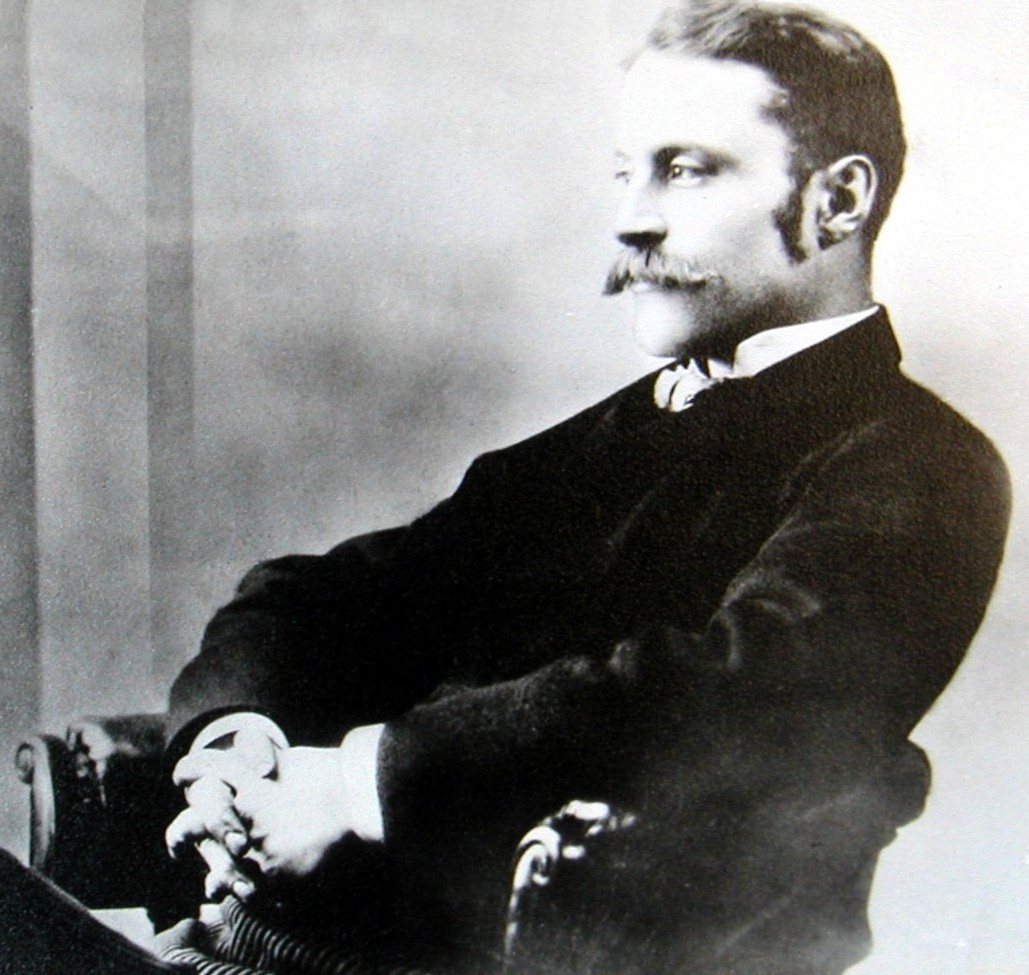 Edgar Wood (1860-1935) was the most advanced English architect of his generation, stylistically moving through through art nouveau, vernacular, expressionist and finally art deco phases a decade or more before other designers. He became England’s uncontested pioneer of flat roofed modern buildings. He worked more like an artist than an architect, designing buildings, furniture, stained glass, sculpture, metal and plaster work.  His buildings are mostly clustered in the towns of Middleton, Rochdale, Oldham, Huddersfield and Hale.  Influenced by the writings of William Morris, he saw himself as an artisan serving the people of these localities. 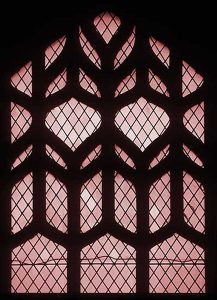 In the 1880s, art nouveau was a new graphic style based on extended lines and sensuous curves. Edgar Wood was among the first in Europe to develop it into an architectural expression, emphasizing verticality and bright colour in his designs. In the 1890s, he combined it with the vernacular features and materials found in cottages and barns, creating a hybrid style which was both cultured and rustic.

Edgar Wood designed strictly ‘plan first’ and kept his elevations very plain. In these and other ways, he rejected mainstream Victorian design and anticipated modern design approaches. Around 1900, his buildings took on expressionist forms, confirming his avant-garde reputation. 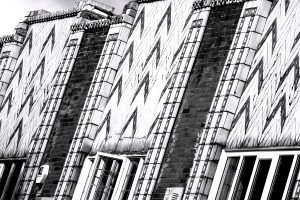 At the height of his fame around 1903, Wood joined up with J. Henry Sellers to create buildings with flat reinforced concrete roofs, cubic forms and geometric patterns. They were the first examples of art deco architecture in Europe.

Edgar Wood also pioneered garden suburb town planning and the conservation of old buildings but with the aftermath of the First World War,  he retired to Italy to paint in 1922, leaving a an outstanding legacy of design that would inspire a generation of modernist architects in the 1930s, 40s and 50s.Save